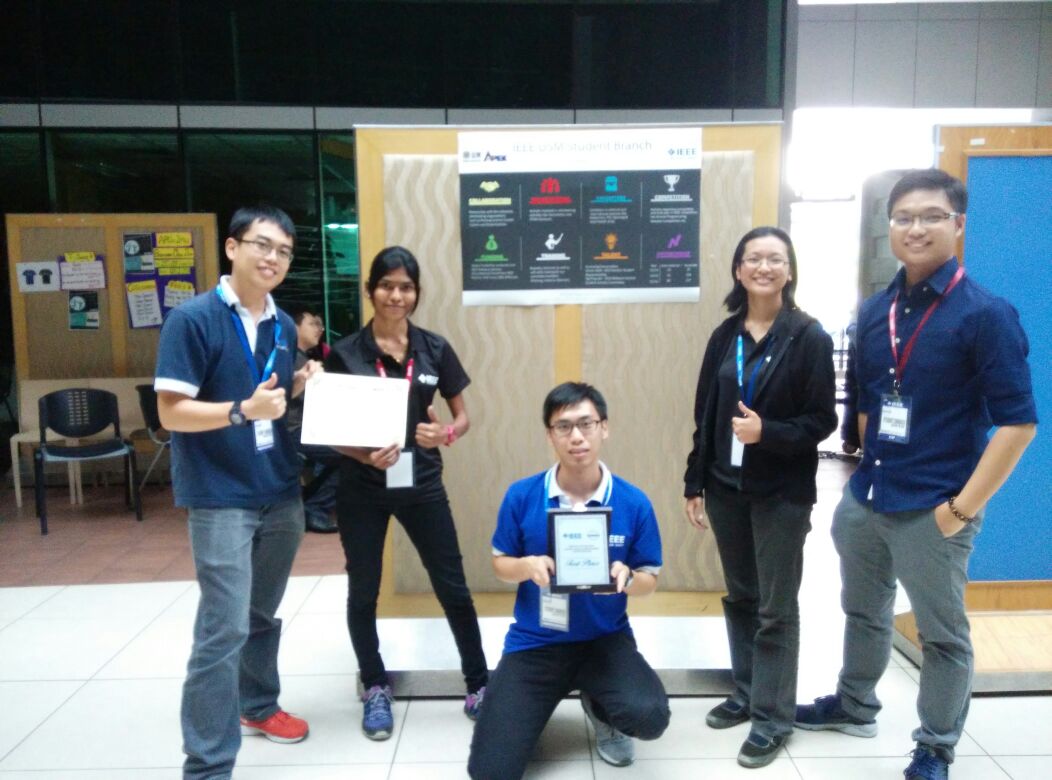 IEEE USM Student Branch won the first prize in the IEEE Malaysia Infographics Competition, during the IEEE Malaysia Student Congress which was held at the Asia Pacific University (APU), recently. This contest was taken part by 5 student branches which include USM, UKM, University of Curtin Sarawak, UPM and UTM.

The main purpose of this competition was to promote and exhibit the achievements of each student branch. This poster was designed by Tan Wern Ke and Jack Tan Zhe Jie. A very detailed presentation was given by Andy Tan Wei Keat, the chair of IEEE USM Student Branch on the uniqueness of our student branch. His presentation included the collaboration of IEEE USM Student Branch with the industries and particular leading organizations such as Cytron and DreamCatcher. 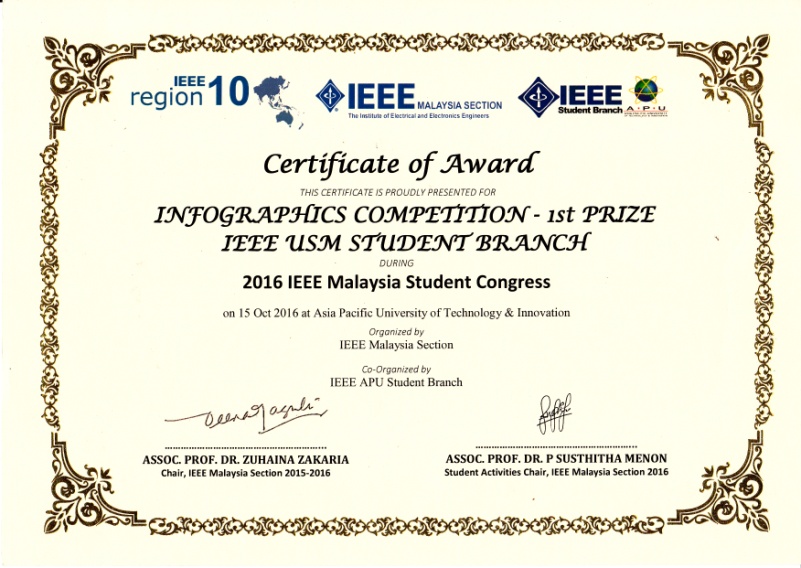 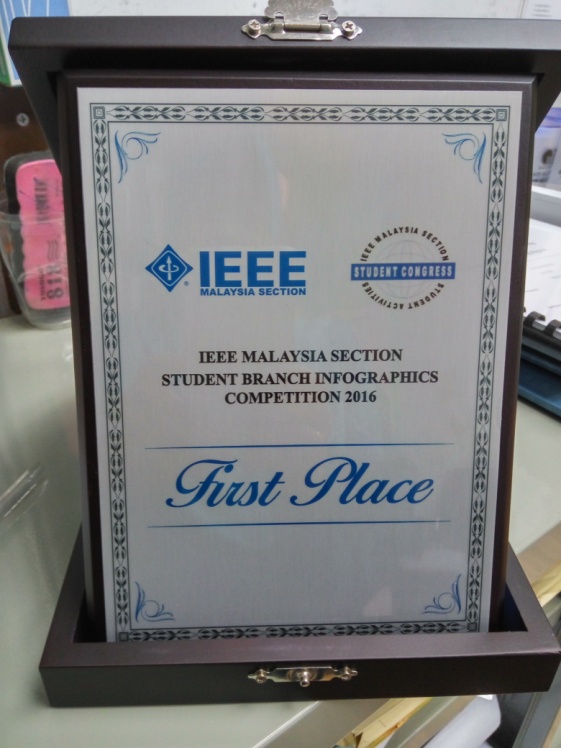 Other than that, the active involvement of our committee members in volunteering activities such as Techmentor and STEM Outreach got the attention of the panels. He also highlighted our participation in exhibitions which were held during the international and national event. The panels were impressed with the statistics of our membership which increases yearly for both international and associate. These achievements showed the IEEE USM Student Branch as a well progressed student branch, thus making us the winner of the competition.