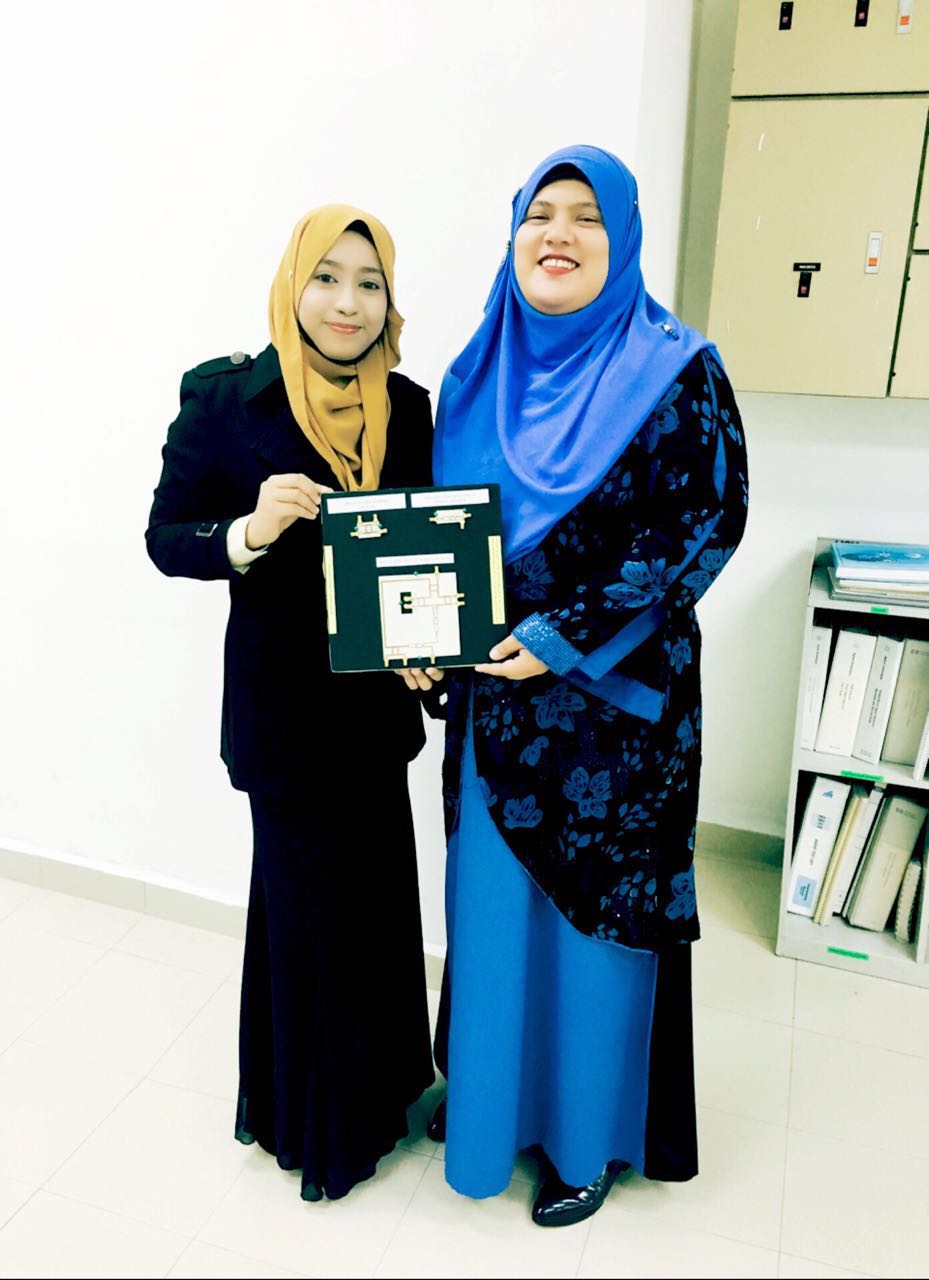 Nazleen Syahira binti Mohd Suhaimi who is under the supervision of Dr. Nor Muzlifah Mahyuddin won first place in the Telecommunication track for her project on the design of a multi-port reflectometer as an alternative measurement means of vector network analyzers (VNA).

In addition, Nur Shahira binti Shahul Hameed who is under the supervision of Dr. Wan Amir Fuad Wajdi Othman also won third place in the Computational Intelligence track. Shahira worked on the comparison of bees and firefly algorithms on proportional-integral-derivative (PID) controllers.

The first, second and third place winners are awarded with certificate and cash prize of RM300, RM200 and RM100, respectively. The supervisors had expressed their happiness on the achievements of the students and added that the students were very committed and resourceful in solving very challenging problems for their final year projects.